Let There Be Light – Lighting the Hexacopter

What do you do when the hexacopter you’ve been building for months is flying fairly well and 90% of the way there for your needs?  Tear it apart!

After a few line of sight flights I’ve found it is easy to get disoriented.  Not only is it hard to tell what direction the bird is facing, sometimes a strange illusion happens making it look like the thing has rotated 90 degrees and is about to take a nosedive.

My little quadcopter had lights under the arms indicating front and rear, so I thought I’d replicate that same effect on the big bird. 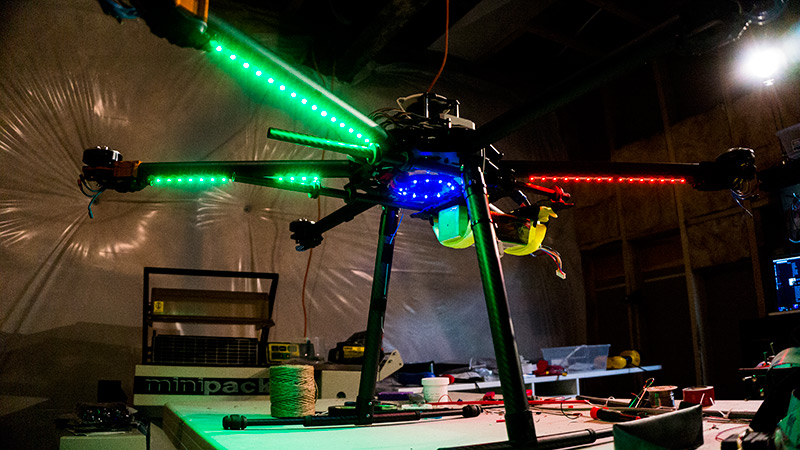 Let There Be Light

I also wanted to be able to turn the lights on and off.  Even more complicated, turn them on and off while IN flight.  Can you say stealth mode?

Last night I wrapped up that setup.  I had to run wire through the arms of motors 1,2, 4, 5 for the lights.  While I was in there I ran higher quality servo cable to those arms as well, and eliminated many solder points which were potential failure points.

If you can understand 1/3 of the title of this post, you are a heli-geek.  Yesterday I picked up the camera I will be using with my big hexactoper.  The copter frame is a Tarot T960. 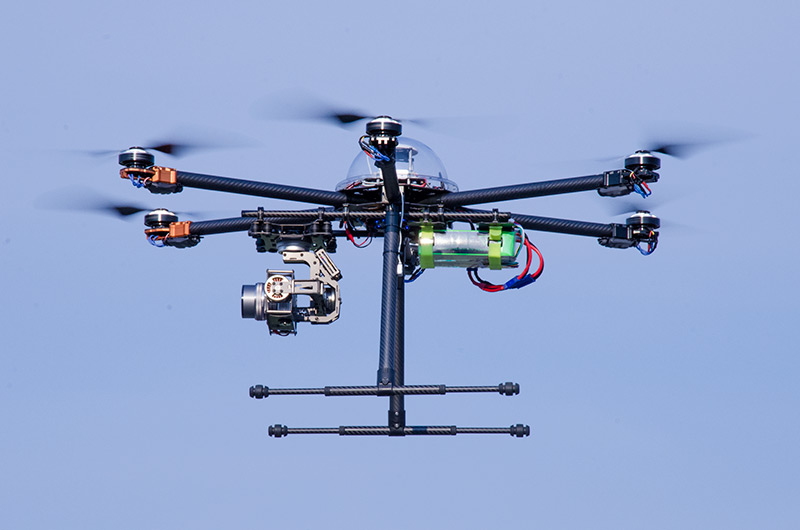 The Sony NEX-5T (a mirror-less high quality camera) is mounted to the frame via a auto-leveling device called a “gimbal.”  That’s the Arris Zhaoyun (Chinese name of course). 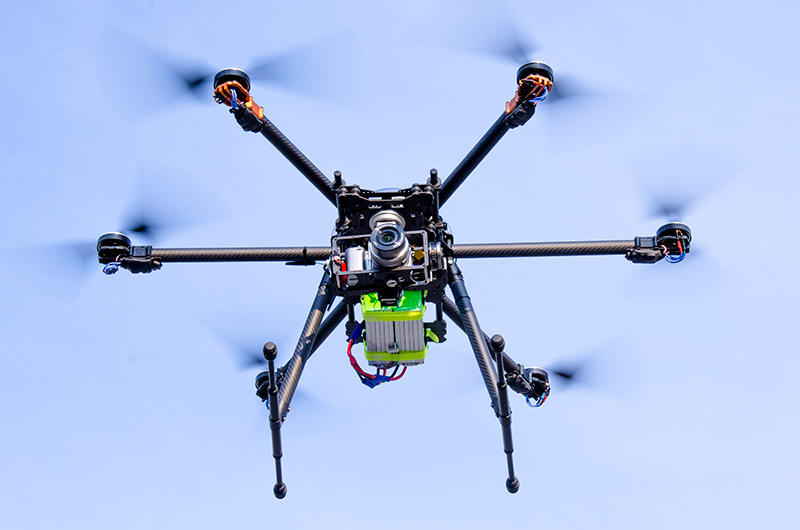 I flew twice today.  The first flight was pretty smooth and the jello effect (vibrating video) was hardly there.  That’s what my current mode is, jello-reduction.  Actually I should say jello-elimination.

This afternoon’s flight was more in focus as far as the camera went, but there was way too much jello.  Post flight I looked at my remote and it looks like I had my gains turned down, which might have caused the jello.  Gains are a fine-tuning setting for the motors.  Also, the winds were up, which can also cause vibration issues. 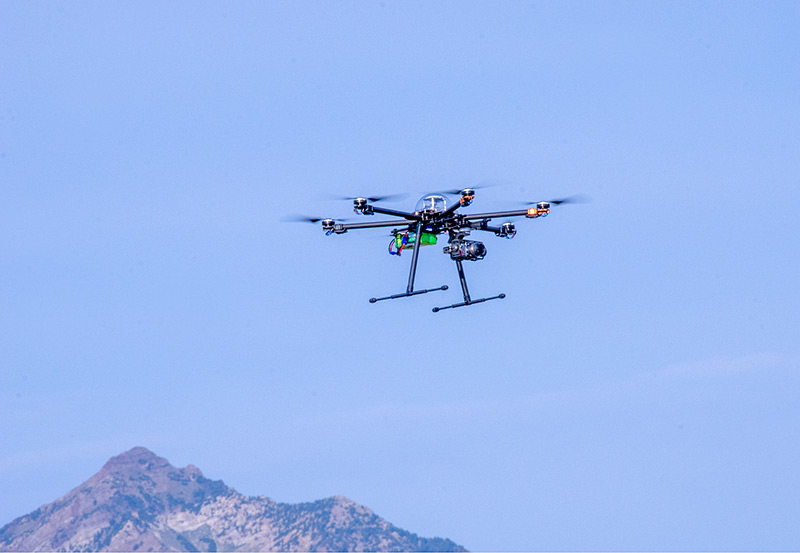 In these photos you’ll notice that the camera is on one end, and the batteries on the other.  I’m using the batteries as a counterweight.

The neighbors asked if I’d fly through their big fireworks show last night.  It was a state holiday.  Here’s the video highlights!