The possible benefits to drone technology are staggering. Once people get over the fear and unknown of drones, they’ll soon realize there are many amazing ways humanity and even the planet can benefit. One such possible way is via replanting deforested areas. An article in Gizmodo features a company that proposes to plant one BILLION trees per year via drones. 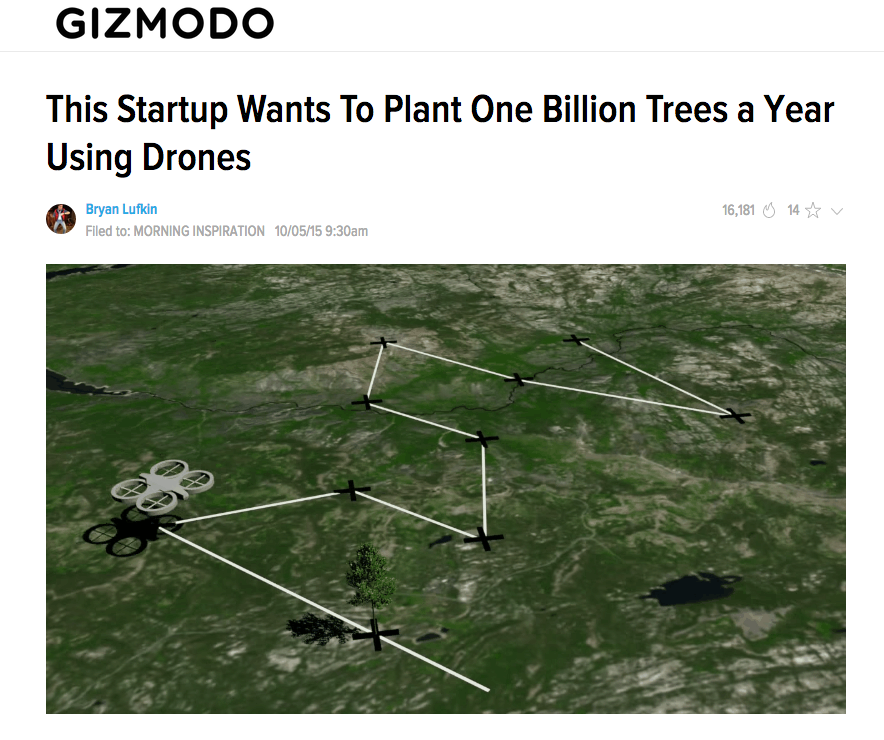 Drones could be used to map the deforested area.  Then drones would deploy the seeds.

This idea by BioCarbon Engineering are just the tip of the iceberg. Drone technology and innovation is advancing at an incredibly rapid pace.  Embrace it.

Here’s a great article citing drones doing good, from Gizmag.  The article talks about how drones can reduce the cost of forest conservation.   I love seeing articles like this to help counterbalance the complete paranoia there is regarding drones. 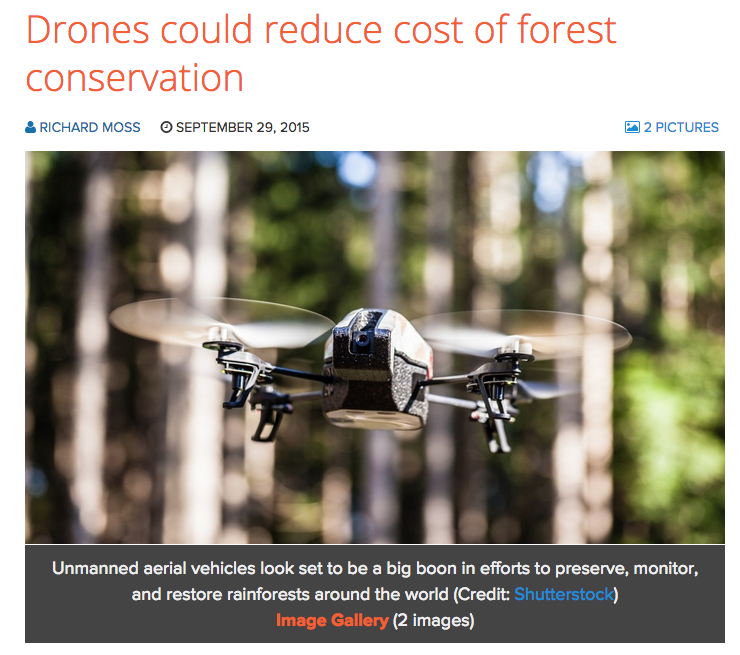 I especially liked the part where they say that a $1500 drone could be used to replace LiDAR (short for light detection and ranging) flights, which can cost $20,000 PER FLIGHT!