I always have to be building or tweaking something in the drone world it would seem.  It’s like an addiction really.  Unsatisfied with GoPro images, I’m hoping to get my old Canon S95 or my new Sony RX100 camera mounted on a gimbal on my 680mm Alien quadcopter. 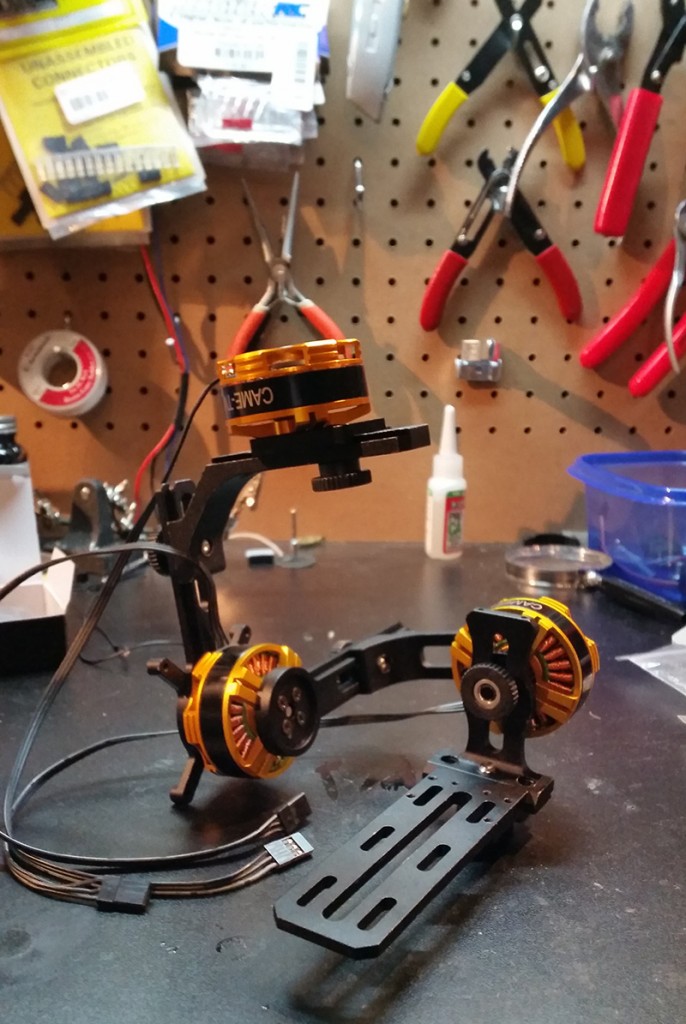 After a lot of research I decided to pick up this “DYS” 3-axis gimbal pictured above, on Amazon.  The main parts are milled aluminum and I like the way they can be easily tweaked for balancing various cameras without even needing a tool. This gimbal will hold a NEX camera as well, which is the one I use on my large hexacopter. This gimbal could save a lot of weight as compared to the very nice, but overbuilt Arris Zhaoyun 3-axis gimbal I’m currently using.

Part of the reason this setup above is inexpensive is it is not assembled. Versions may come in 2-axis or 3-axis, and often times the controller board is not included. I have a SimpleBGC 32bit controller ready to go for this unit. I’m almost ready to start mounting that part, then will come the PID tuning.

I’m going to be on vacation for a few days, so this project will probably be on hold for a week or so, but looking forward to getting this rocking on a foldable bird I can take to remote locations.

Here’s where I bought the DYS 3-Axis Gimbal.

There were a few broken pieces which were not that easy to replace due to the wiring for the pitch motor and the pitch sensor.  There’s some carbon fiber framing in the shape of an “L” which goes from the pitch motor to the roll motor.  Both sides of that framing were broken.  I ordered CM3000 replacement parts from Hobby-Wing, but the whole L piece came as an assembly, glued together.  Otherwise I would have just replaced the sides which were broken.

I had to unsolder the four tiny connections to the sensor located under the camera:

Then had to unsolder the three connections on the main board for the pitch sensor in order to unthread the wires from the old broken L arm.

Also, all the plastic screws which held the protective box for the SimpleBGC gimbal controller were broken, so had to replace those.

Repair complete.  Still need to test out the gimbal and make sure it works.

Then it is on to rebuilding the Alien H4 680 quadcopter. 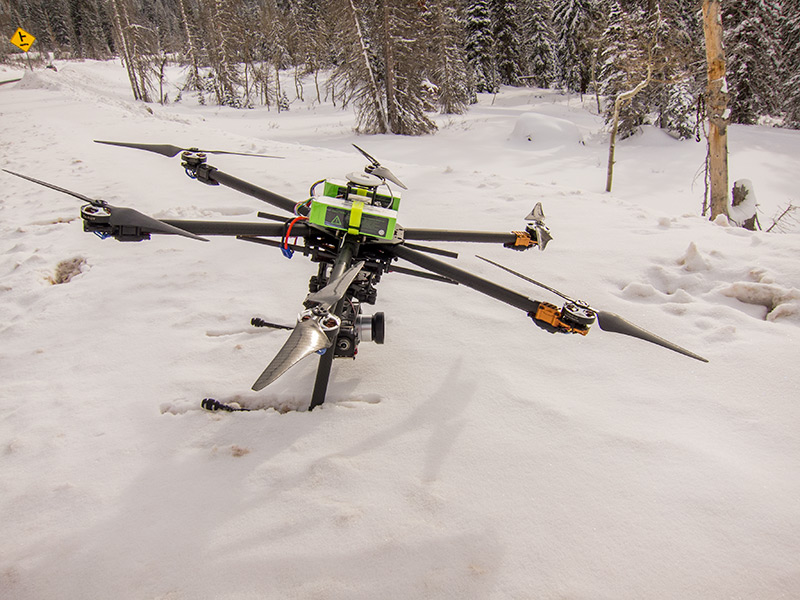