Made some good progress on the big bird this holiday weekend: 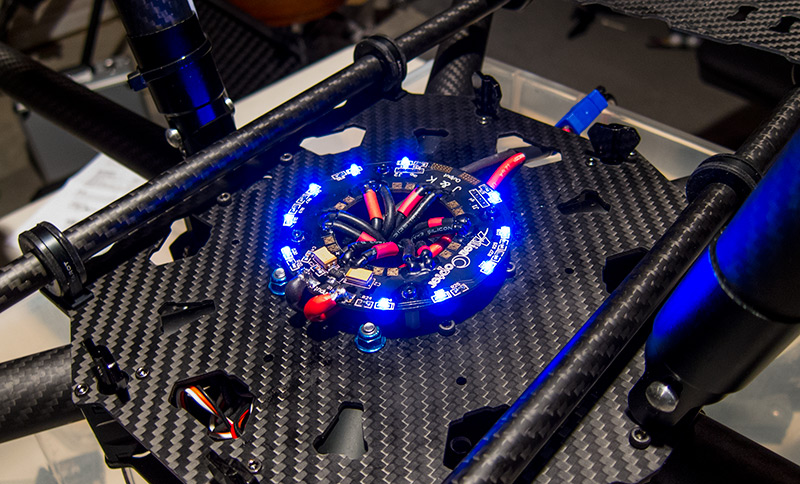 Once some of the above were wired, it was time to hook up a battery and see if the whole thing burst into flames.  I plugged a 3S battery from my Phantom in and voila, the distribution board lit up and nothing exploded or melted.

Once the voltage regulator was set up, I powered her up again.  The flight controller’s LED lit up with some error lights as there is no remote control set yet.  All good.  That’s normal, and the controller is functioning.

These are all good things.

I’m getting a little ahead of myself.  I’m not done setting up the electronics (previous post) for the Tarot T960 hexacopter drone, but once I got to the point of being able to, I HAD to mount this awesome dome to see what it looked like. 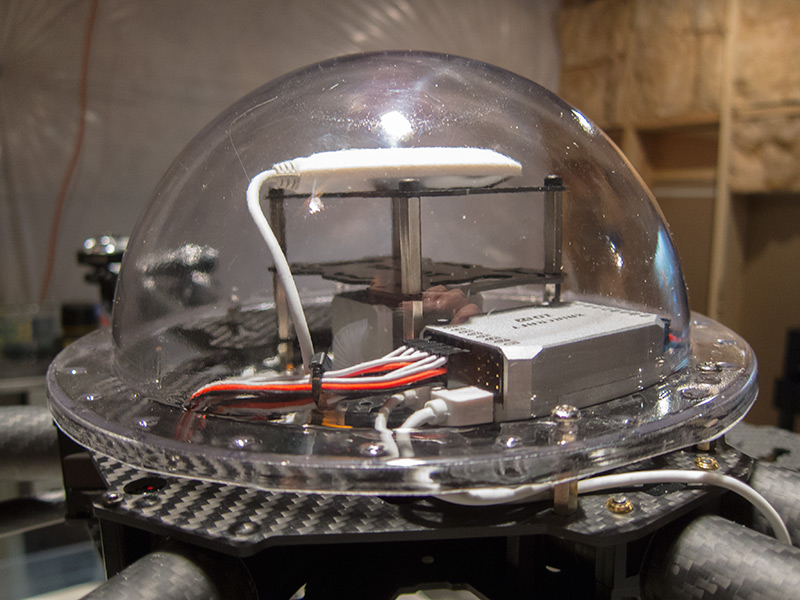 The dome (see badgerfly.com) is made of highly impact resistant plastic. They even included a test piece of the plastic with the unit for a demonstration. I bent the hell out of it and could never break it. Many multirotor helicopters like this are flown with no dome to protect the top of the craft. GPS’s are often mounted on flimsy poles. Often during testing or some bad flying, the unit will flip and break all the stuff on the top. The dome will protect that from happening. 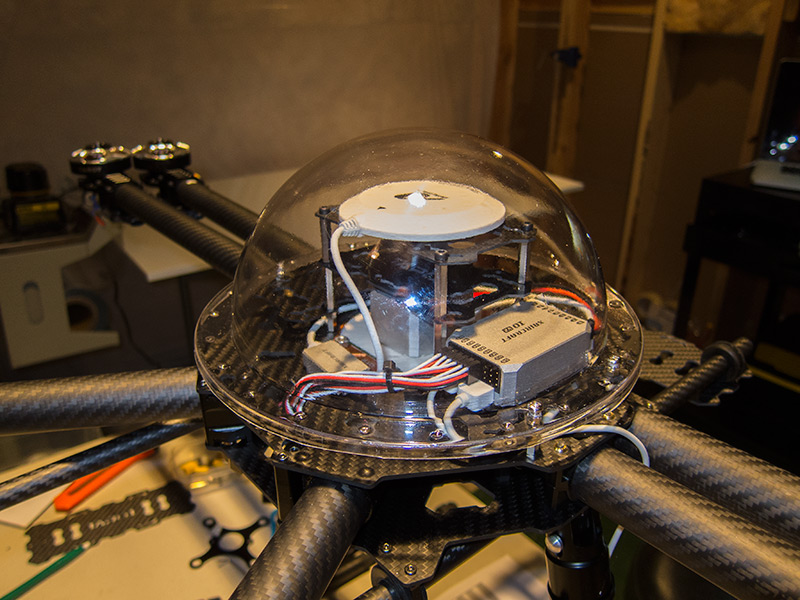 Not only will it protect the electronics on the top of this bird, the dome just plane looks cool!

Now that I’ve got the power distribution board wired for the most part, the next task is getting the primary electronics mounted and wired on the bird.  This would be the XAircraft flight controller (with gps, compass, LED, I/O board), 2nd GPS for telemetry, radio receiver (Taranis X8R), voltage regulator and monitor, battery hook-up leads.  In the photo below all but the voltage regulator, voltage monitor, and battery leads are roughly in place. 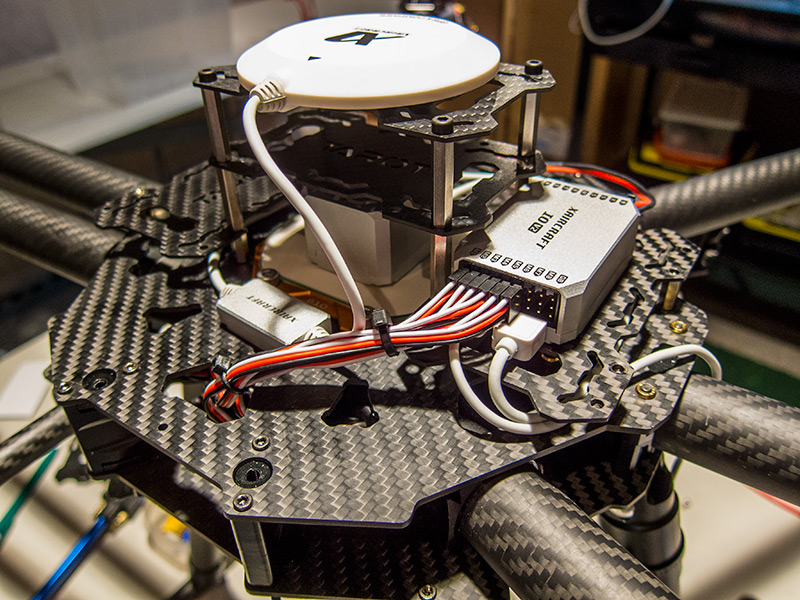 Platform for the Tarot T960 with XAircraft Flight Controller

I had to find a way of getting my primary GPS up high via platforms.  The dome I purchased (next post) has a GPS mount, but it is not big enough for this one.

I found a couple of USA companies who sold parts I needed to build up my platforms, one in Texas and one in Florida.  This is great because ordering from China sucks. It can take weeks for stuff to arrive.  One time a set of parts took six weeks.  I’m on a schedule now and do not want to wait more than a few days for parts.

I ordered two extra Tarot small battery mounts from the Florida firm, and standoffs from the texas firm.  I was able to get the two existing battery mounts on either side of the top mounted a little higher.  And with the other parts built the center platform.  Looking good.  I broke one of the screws tightening it down, so I need to get some shorter screws.