I just finished building a GepRC GEP-CX3 Pro recently. I haven’t built a 3″ for awhile and was itching to add another fun but small ripper to the fleet. This one I decided to put in a Caddx Vista Nebula as I have no desire to add anything analog to the fleet except for larger long range FPV quads.

The frame is an H style, so there are no props in the view of the camera. The rounded front and back make the body look like a Hebrew National, so I’ve named this on “The Hebrew National Quad.”

There was not much space for both 20×20 stacks to fit. One stack was the Vista Air Unit and the other a Mamba F405 mini stack. Wiring sticking out from either stack meant issues, but I did fit it in.

The build went fine and the maiden flight was successful. The only issue I’ve had is the motors are hot and the battery life is not as high as I’d like.  I’ve been in Betaflight messing with the gains and may have to also adjust the flight controller dampening.

I tried my 2nd Skydio 2 test flight today at a local bike park. It was quite muddy around so when I saw the park police officer there I thought I’d check in with him so make sure I was about to ride trails that were okay to ride. I had already launched my Skydio 2 and it was hovering about 30 feet front-right of me.

The cop was annoyed by the drone and asked me to move down 50 yards to talk. He didn’t realize the drone was tracking me. So after we moved I explained to him I was in control of the drone. That’s when the entertaining, but sad conversation took place.

So this officer was damn sure you can’t fly a drone under 400 feet. I didn’t ask him, but how would one launch the drone, since you know, the ground is under 400 feet AGL (above ground level). I suppose one could fly a helicopter up to 400 feet then hand launch it from there. It sounds to me like the officer had one briefing on drones and all he could remember was 400 feet.

I’ve been waiting for technology like this for a long time. Finally I have a craft that can follow me on my skiing, biking, hiking and whatever-ing adventures, and capture 4K video. Say hello to the Skydio 2. 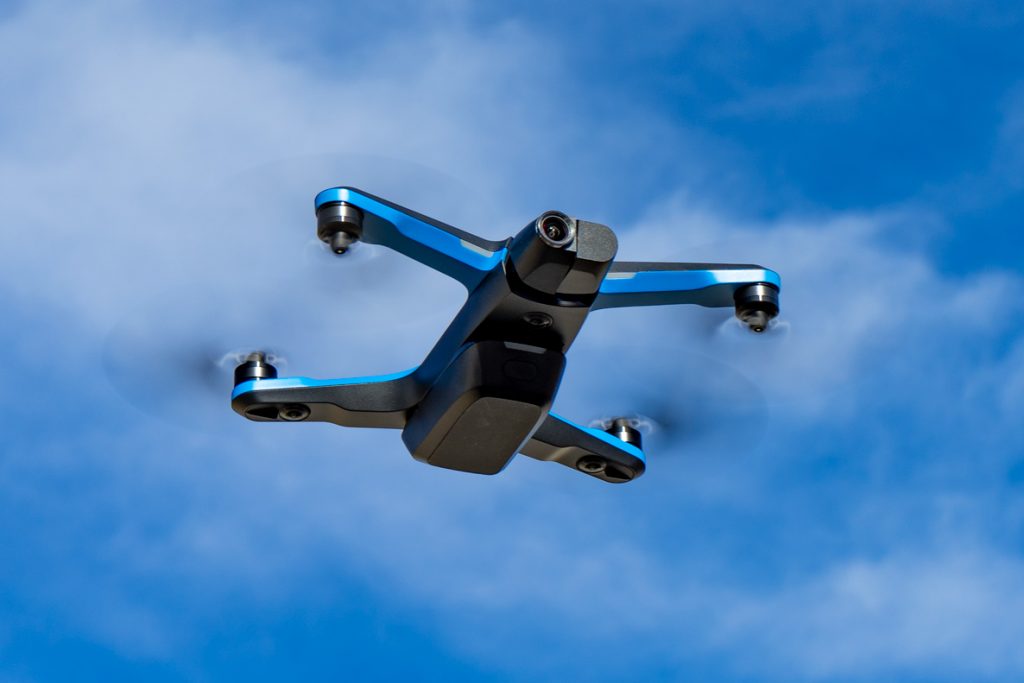 Skydio 2 is not quite like other drones from DJI, Autel, Parrot, or Yuneeq. This drone is specifically build as a follow-me drone for action sports. Though a hand controller with sticks is available, most who use it for chase videos use the Skydio 2 app for their mobile device, or even better, the “beacon.” 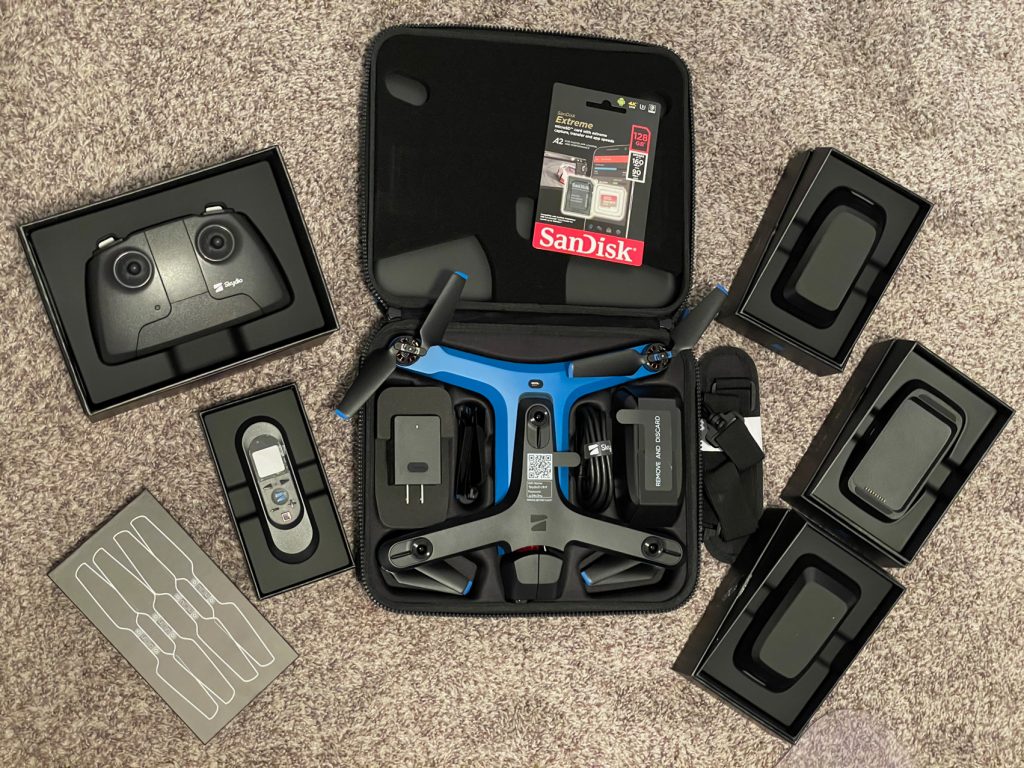 In the photo above you can see the Skydio 2, the controller, the beacon (left of center), a couple of batteries, the dual battery charger, SD card, some extra propellers, and the semi-hard case the drone comes with. My setup is the sports package.
With the beacon the user can control the drone easily and the drone will follow the beacon while simultaneously avoiding obstacles. Check out my first test video:

Now imagine mountain biking, skiing, boating… This is going to be fun. I do understand the drone can’t perfectly avoid everything. If there are bare tree branches or power lines or any thin obstacles like that the craft may hit them. So I’ll have to fly accordingly.
Page 1 of 51:12345...51Next »
« « Previous Post:
Flew the New Cinesplore Today
Next Post:
Law Enforcement’s Drone Education » »