Here’s my next vehicle.

It has been about two years since I’ve flown the old Phantom 1, which has just been hanging on the wall as more of a piece of art. It was quite fun and I started off perfectly, by crashing it into the neighbor’s house. LOL. I figured it out.

Been two years since I last flew this one. My first bird. The old batteries lasted forever without the weight of the camera. pic.twitter.com/he9RJTGjNB

Hats off to the drone pilot who thought of this. Below is a video all over social networks of a guy “chilling in a flying hammock drone.

The only problem with this is that hexacopter drone setup of that size could probably only weigh 12-15 pounds, bird and payload included. So unless the person and the hammock weigh in at about 5-7 pounds, this one’s a fake. 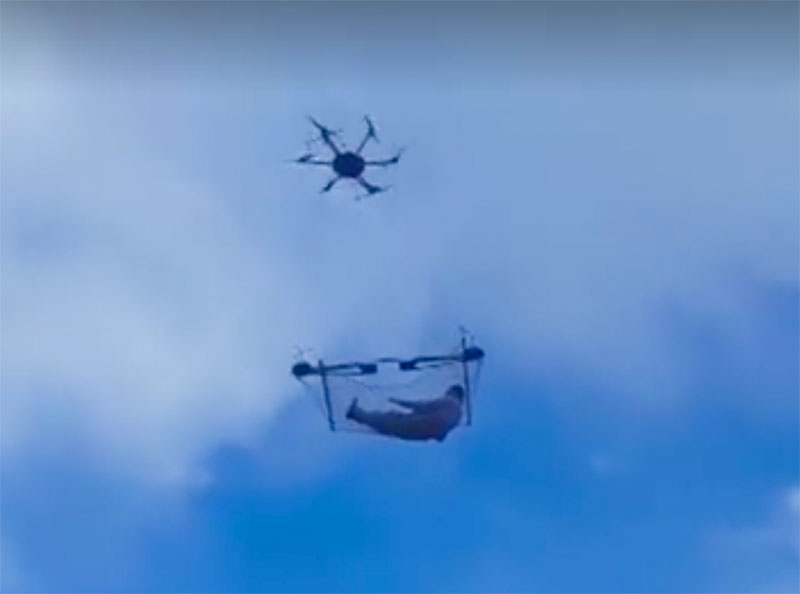