I’ve done the initial install of my new GoPro Hero3+ Black DJI phantom gimbal (don’t make me say that twice).  The unit is big and heavy and I can definitely see it taking a good sized chunk out of my flight times. 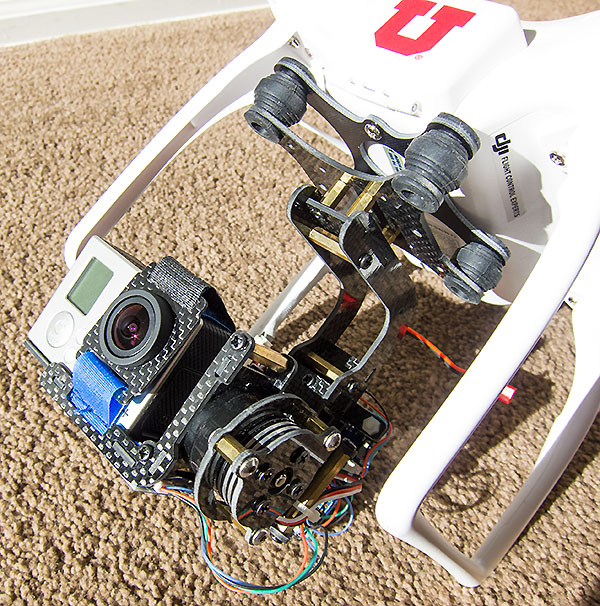 Now that the unit is physically installed I came to the crappy realization that my landing gear is too short!  The gimbal extends the bottom about 1.25 inches.  The money pit continues… I ordered some landing gear extensions on ebay yesterday.

The next task while waiting for the landing gear extensions is to get the gimbal hooked up to the NAZA (the quadcopter’s internal controller) so that it can be controlled and powered.  It appears that the included power cable may not be long enough and I may also have to drill a hole in the shell of the quad.