UPDATE 11:05AM ET – The article has been removed from That Drone Show’s website.  The explanation from David Oneal is that the piece was “written by a friend.”  Whether that’s true or not does not matter.  If this is his website, he is ultimately responsible and he did thankfully remove the article.  I suspect however, that his “friend” has posted many other “pieces” which may have come from somewhere else…  I’m scouring their site to make sure this is the only article of mine which was “written by a friend.”

My article Drone Paranoia – Top Five Reasons Drones Suck for Spying has become widely popular.  So popular in fact, that other drone sites are now stealing it.  Here are a couple of screenshots of the website and social network “That Drone Show” which you can see the article appear.  They left out my name, my website, my photos, and inserted a slutty picture to get a few more hits.  I assure you they did not have my permission to post my content without my name.  And what an awful attempt at disguising the text by changing the first paragraph by adding “We call it That Drone SHOW, because its the word people use when they think of our little uav we have.”  What kind of crap is that? 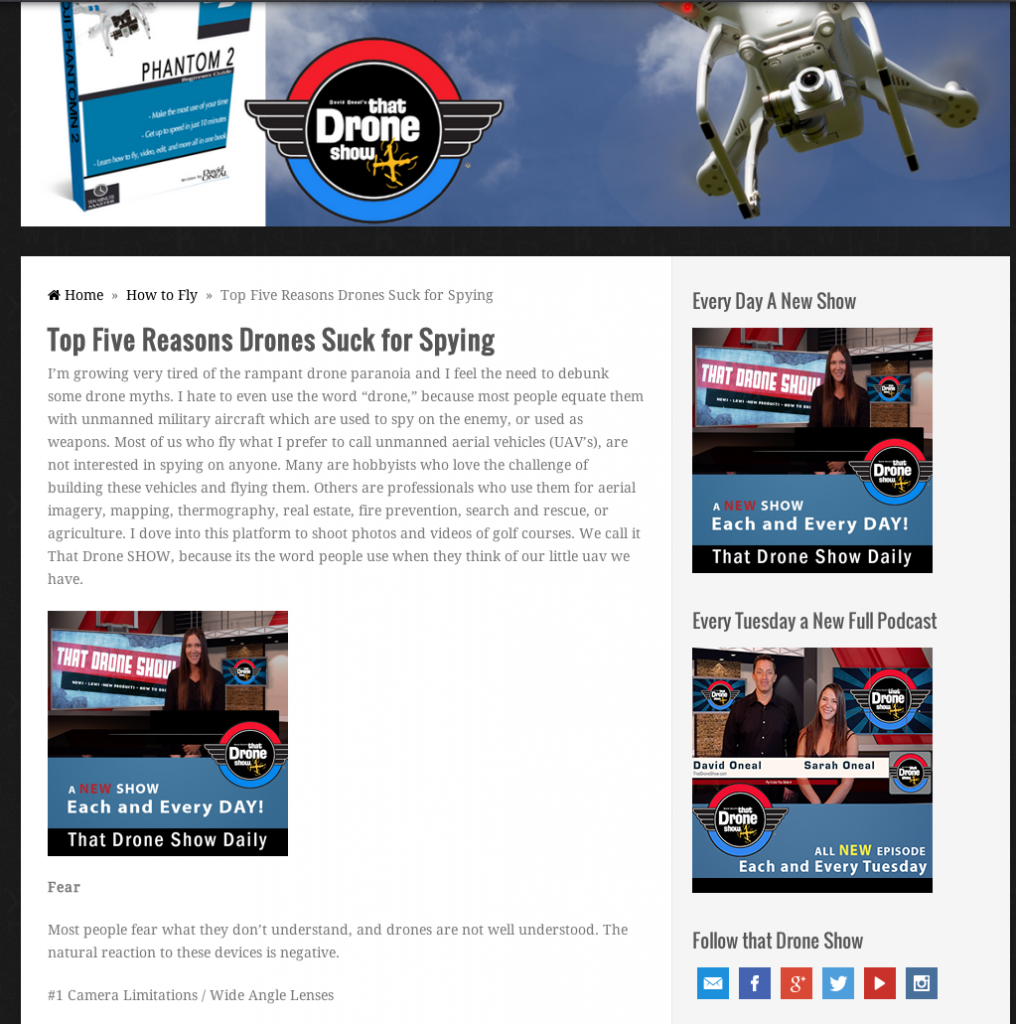 This is not only ILLEGAL, it is plain wrong.  The “US” page shows shows that this site is a two-person operation by David Oneal and Sarah Oneal.  David Oneal has been a video producer and editor since 1993.  So if you’ve been in the business that long, you know STEALING content is about the worst thing you can do.  Only ASSHOLES do that. 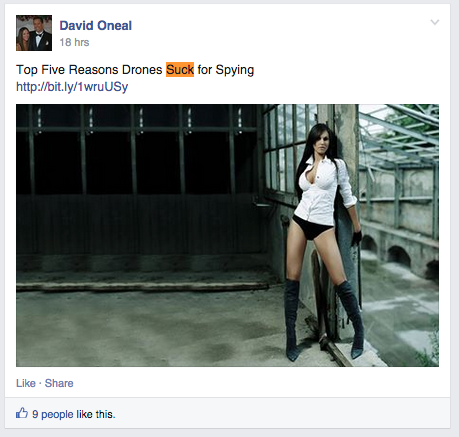