Continuing on with my reader question and answer session today.  The previous question from Pat was regarding drone lighting.  Today’s question is about my electric retractable landing gear for my big 960 hexacopter.

How do you like your new Arris X-3 landing gear. I’m about to pull the trigger on a set, but would love to know how they are treating you.

The Arris Lander-X3 is made for larger multirotor copters, hexacopters and octocopters.  I really like how wide the stance is and how long the feet are.  The width and length gives the copter a very stable platform for takeoff and landing.  It is much more stable than the stock landing gear this Tarot T960 came with. 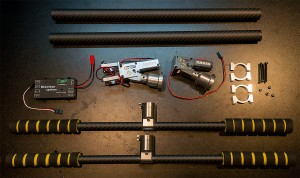 Setup is relatively easy.  The gear can install to the frame of the copter or to two booms.  Because I didn’t want to take apart my frame I went the boom route.  Plus that makes the width a little wider.  There’s a control box which powers the gear and has a button on it to manually engage the gear.  The control box receives a signal from the copter’s receiver to put the gear up or down. 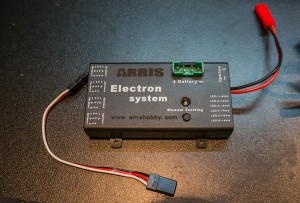 The control box also has outputs for LED lights, but I have not used those as of this point.

Below is a video demonstration of the gear in action.

I have a small problem which I believe is my own fault. Due to a wiring short during some maintenance I think I may have fried something in the control box. I heard a pop sound and not sure where it came from. The gear now goes up fine during flight but takes several attempts to come down. The issue only happens during flight and not in the shop. Must be slightly related to voltage. I have a new control box on the way ($20) and will replace and report back if that solved the issue.

The quality of the parts seems to be very good.  I’m hoping the box issue will be resolved when the slow boat from China arrives.