For a few day’s I’ve been stumped on getting my motors/esc’s “throttle calibrated.” This is a process where you basically need to allow the motors to “know” what the throttle range is, from 0 to 100%.

In perhaps one of the most boneheaded parts of my build I was trying to calibrate motor one, which is on the front right of the hexacopter. No matter what I tried the ESC just beeped forever. To confirm that I had my transmitter and receiver actually set up right, I bought a cheap servo at a local hobby shop and hooked it up to the receiver’s throttle output. Sure enough, the servo woked. That eliminated the radio/receiver as the issue.

I started thinking perhaps my ESC wires were mixed up, but I put numbers on all of them when I installed them to avoid mixing them up. At that point I looked under the bird and saw the #1 on the front LEFT arm. What an idiot! I had the bird upside down so the front left was motor #1! OMG!!!

After that I was quickly able to calibrate 5 of the 6 motors. Motor #3 would not receive any signal. So I got a multi-meter out to test continuity of the cables. The signal wire (white) on #3 was bad. No connection from one end to the other. This is a total pain as I would have to pull out the ESC wires from the arms and re-feed a replacement through. Then in a brilliant revelation, I tied some string to the old wires. I pulled the string through the arm as I pulled out the old wiring. Then I attached the new wires to the string and threaded it through again. Voila. Save myself the mega-hassle of trying to fish wires through. 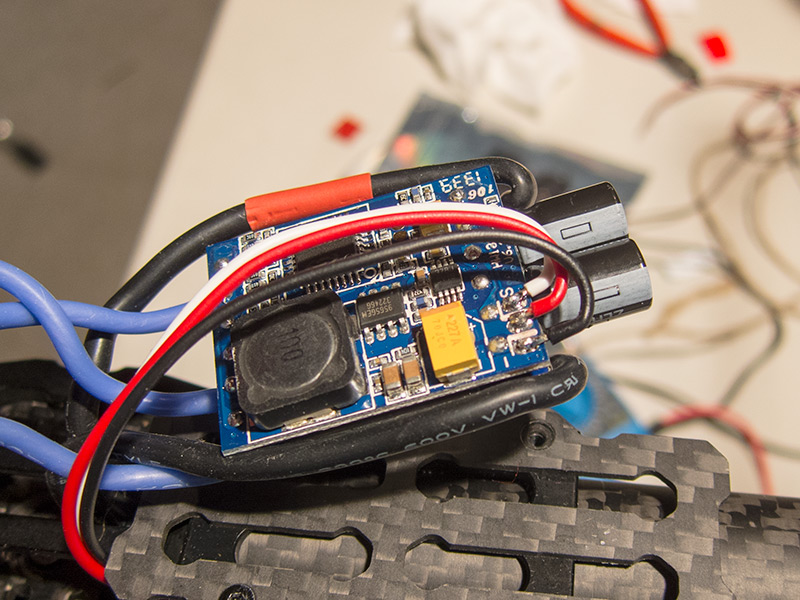 I then soldered the new wire to the ESC (photo), and put a servo plug on the other end. Once that was done motor #3 recognized the receiver and I was able to do the final calibration.

On to motor configuration!