I took the family to a local park for a picnic yesterday.  I saw a guy sitting in the grass with what looked to have his own grill.  As I got closer I realized the grill was actually an FPV monitor with a cover, and a huge antenna.  The guy had all sorts of crazy RC gear, with range extenders.  I talked to him and he told me he was getting a 7000 foot range with that setup.  Wow.

He was flying a pancake style quadcopter.  It was a “Team Blacksheep” copter with all sorts of mods.  This unit is basically a DJI Flamewheel 450 modification.  The body is more elongated and the GoPro mount toward the front.  That way the props don’t get in the picture.  He also had a separate FPV camera, but could switch between that and the GoPro on his monitor. 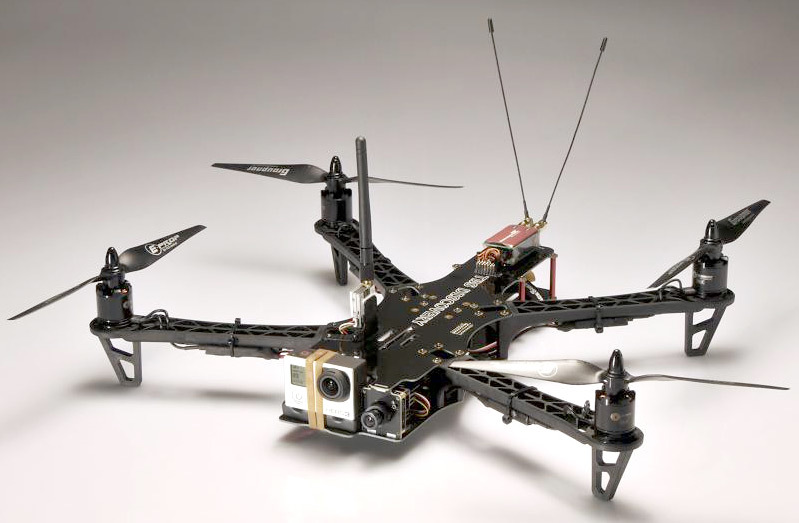 I was VERY impressed with his quadcopter’s performance.  I had thought of bringing my Phantom up to this park, but the winds were high enough that I would not want to fly.  His copter flew as if there were no winds at all.  There were literally NO jumps or spazzy horizontal movements, unlike my quad.  I’m sure it is a combination of a lot of factors, but it made me want to get rid of my Phantom and build a setup like this one for my small bird.  I could easily gut my Phantom and use the parts to build a bird like this.

His quad was running Naza-Lite, carbon fiber props, and it looked like T-Motors.

Perhaps the coolest and most geeky thing I’ve ever seen was the guy’s FPV goggles.  He built a cooling system for them which had a cooling fan and “ductwork.” 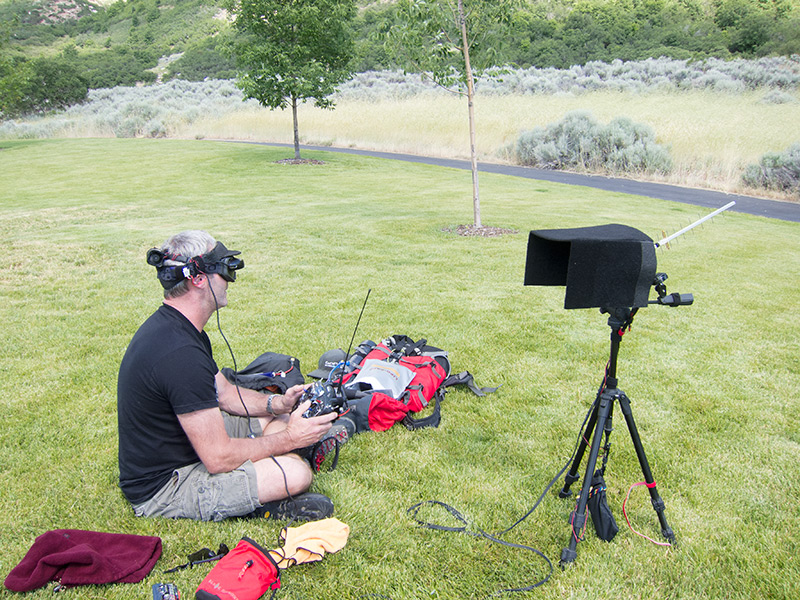 I got Gordon’s number, and hope to pick his brain one of these days.  He knows the FPV thing, and that’s a road I need to go down with the big bird.