Now that I’ve got my big hexacopter flying with about 10 flights so far, I’m moving toward getting a 3-axis gimbal installed and a camera installed.  That’s the point after all: some better (professional quality) aerial photos and videos than I could get with my little Phantom and GoPro. 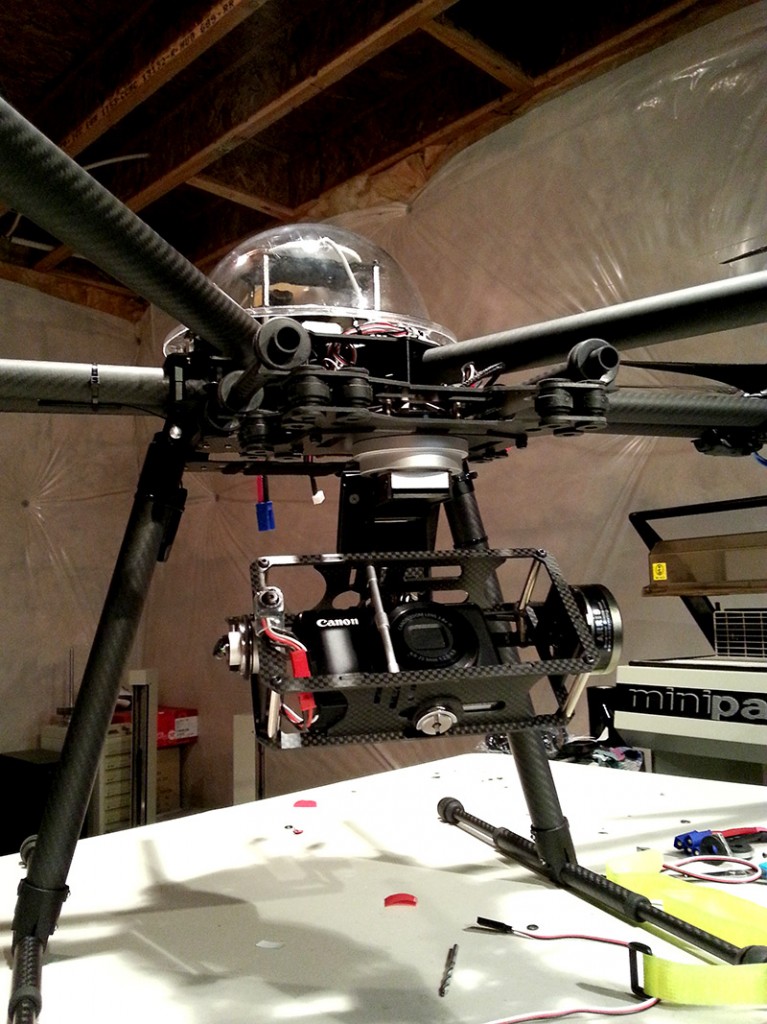 I don’t have a specific camera yet until I get some more funding, but for now I’ll be able to mount my little Canon S95, which is great for its size.  It shoots decent HD video and also raw still images with quite a nice wide angle of view.  I will need to install a hack firmware for it to allow it to shoot stills every x seconds, but that’s no big deal.

Last night I got the new Arris Zhaoyun (yeah the name kills me every time) 3-axis gimbal installed on the bird, after some parts came in from China.  The mount is not optimal, but looks like it will do the job. 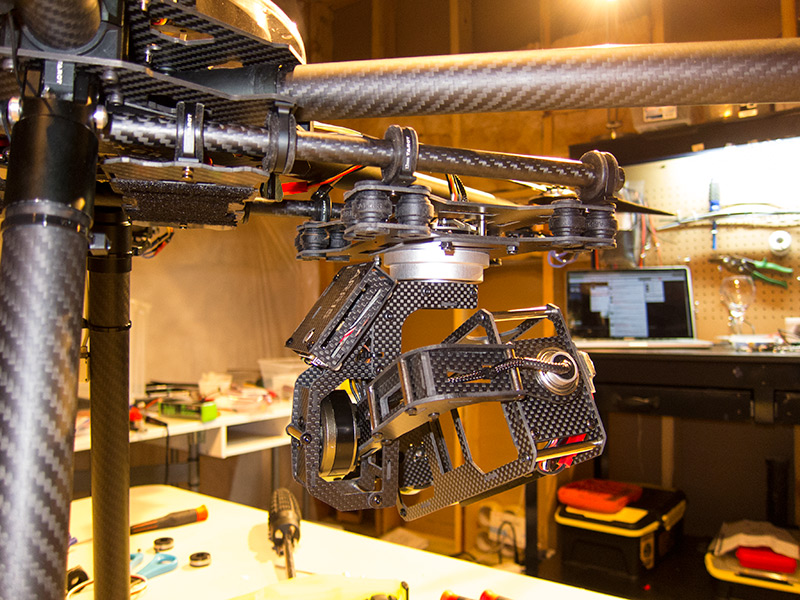 Next I need to get some power to the gimbal.  The issue there is that the 6S battery runs at 22.2 volts and the gimbal needs 12 volts.  So I also ordered what is called a “UBEC” which is a regulated converter which will step down a 22.2 volt signal down to 12 volts.  In fact, it also steps down to 5 volts for other possible on-bird needs.  The UBEC arrived yesterday.

The 12 volt supply will also be good for some lighting.  It is very tough to tell what direction this bird is flying and I actually get in a panic because I can get disoriented.  Suddenly the bird will look like it is tilting 45 degrees, but that’s just because the back arms look like they are in front.  The solution is to put some LED lights on the front and rear arms.  Those are 12 volts.

Hopefully I’ll get some time to work on the 12V power situation in the next day or two, and get that Canon airborne soon.