I’ve finally built my first 6S based FPV racing quadcopter.  After quite a bit of research I chose the Armattan Chameleon frame. It was highly rated and comes with a lifetime warranty.  Below is a shot of the main parts of the frame, after I got the motors and 4in1 esc wired. The bottom plate is solid, 4mm thick. I know it’s possible, but to break this frame would mean a very hard crash into hard surfaces.

I thought there would be more room inside this, but there wasn’t as much as I thought. So I had to tuck the receiver under the front behind the camera, and put the cap and video transmitter in the back. See below.

I went with a Foxeer Falkor 1200TVL Mini/Full Size Camera  but that’s not what I would recommend. It doesn’t fit correctly.  It “works” but is too wide.  Armattan used to recommend cameras for this but that recommendation has been removed from their website.

Soldering some of the pins on the Diatone Mamba F722S Flight Controller was a challenge. Super tiny.  I originally wanted to use a split type of camera like the RunCam Split.  I actually ordered a Foxeer Mix 2 but the extra board the camera comes with wouldn’t fit.  Had I gone with separate ESC’s mounted on the arms, perhaps that space in the FC stack would have worked, but I wanted to go with a 4in1.

Having only flown up to 4S in the FPV world, the jump to 6S was quite stunning.  The amount of power this quad has is shocking.  I would not be surprised if this thing can hit 80-100mph.  Going back to flying my 4S or less quads is a bit of a shock now.  That raw power isn’t there and because of that I’ve crashed a few times.

It’s not just power and speed for this rig though.  If I want to fly very slow and smooth it is remarkably easy to control.  Perhaps that’s also due to the F722S flight controller and the PID setup, but I haven’t changed the defaults.  Quite amazing.

I’m used to flying FPV quads from around one to four minutes.  Amazingly this build is getting me SEVEN aggressive minutes and 10+ minutes of easy flying.  I’m extremely happy about that.

After a crash I’m noticing some noise in the video signal to the FPV goggles.  I’ve started to work on getting rid of that.  The noise only happens when the motors are on, leading me to believe it is dirty power.  The cap didn’t clean it up, so I just moved it closer to the main voltage input.  I also have moved the power source for the VTX from direct battery to a 9-volt pad on the flight controller, along with supplying the 5-volt power to the camera from the VTX instead of the FC.  Weather permitting I’ll do some tests shortly.

The Chameleon is super solid and flies incredibly. On 6S this this rips like no quad I’ve ever flown. Flight is smooth and the handling is terrific. I’ll be mounting a GoPro Hero 7 soon. Can’t wait to share some of that footage.

What a fun article this has been doing the research for.  Today I’m reviewing the very fun, tiny-tiny Arris V676 Mini UFO RC Quadcopter Drone.  This is a micro drone which is roughly 1.25 to 1.5 inches from motor to motor. 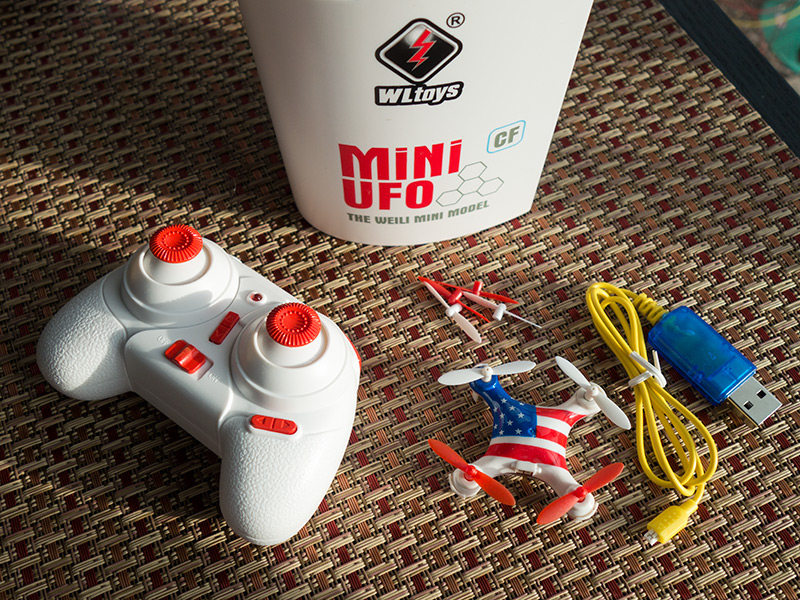 This type of tiny done is meant for indoor use, though with no wind it could be flown outdoors.  I don’t recommend that though, for fear of losing it. 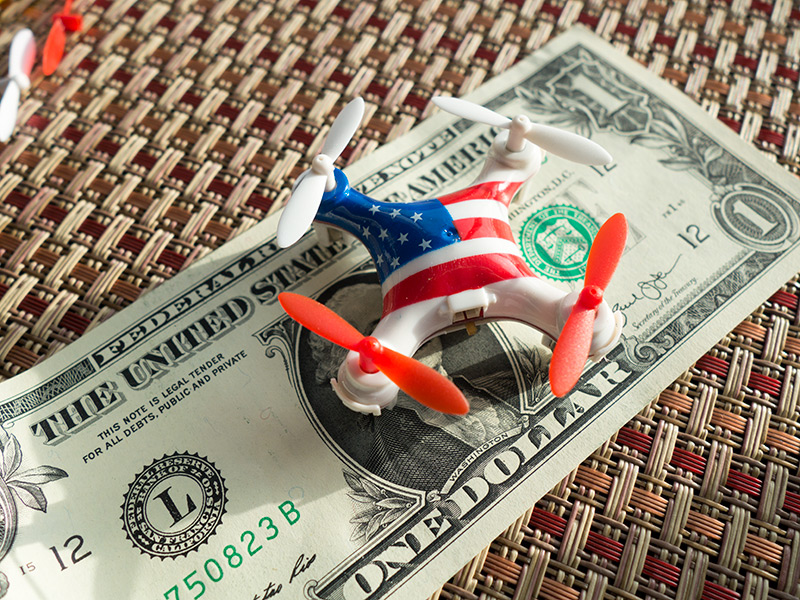 I’ve loved flying this little guy indoors when the conditions outside are too windy or wet to fly my big birds.  I can get my flying needs taken care of.

The left sensitivity button allows the user to fly conservatively with low sensitivity, or go for trick flying with the sensitivity set to high.

The right button on the remote initiates a flip maneuver.   Push the button, hear a few beeps, then the bird will flip in whatever direction it is flying including vertically.  I’ve managed to somehow pull off multiple flips at once, though I have no idea how I did that.

As is the case with most Chinese RC equipment, there’s no manual or instructions included. 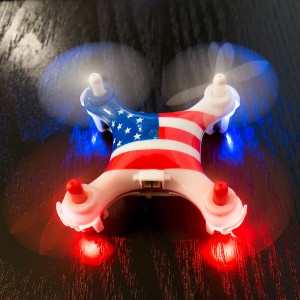 As you can see, the packaging is very unique and “happy” with its heart shape. 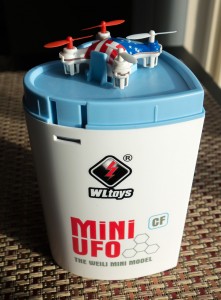 At a mere $26 on Amazon, this micro quadcopter drone is a blast to fly.  It would make a great gift.