I’m glad to report that my new 2 inch FPV quadcopter is now airborne.  I had a successful maiden flight, line of sight in the backyard. I even did some trimming of the grass (video below).

I took the quad to a local park last night and flew about 10 packs around, over, and even under a few trees.  That marked my first attempts at any kind of moves “under trees.”  I did crash a couple of times, but one bent prop was all the damage.

I did find that the RunCam micro camera isn’t that great in dark conditions.

I’m now in the middle of testing the ImmersionRC rapidFIRE 5.8GHz google module. 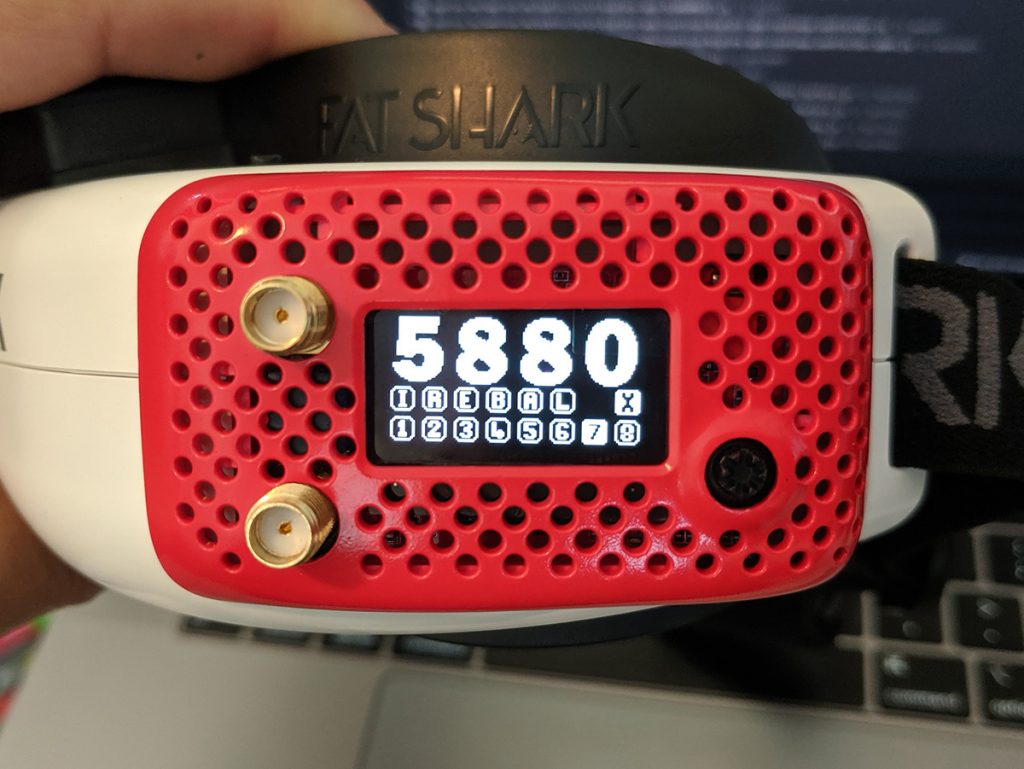 This module is a diversity (two antenna) receiver for Fat Shark goggles, and other products which are designed to accommodate this particular module architecture.

The module intelligently “predicts” analog noise and rebuilds the signal to avoid breakups in video quality, rolling, dropped frames and so forth.

The rapidFire is controlled via a 5-position joystick.  The stick allows the user to select features and change the configuration of the module, as well change channels. 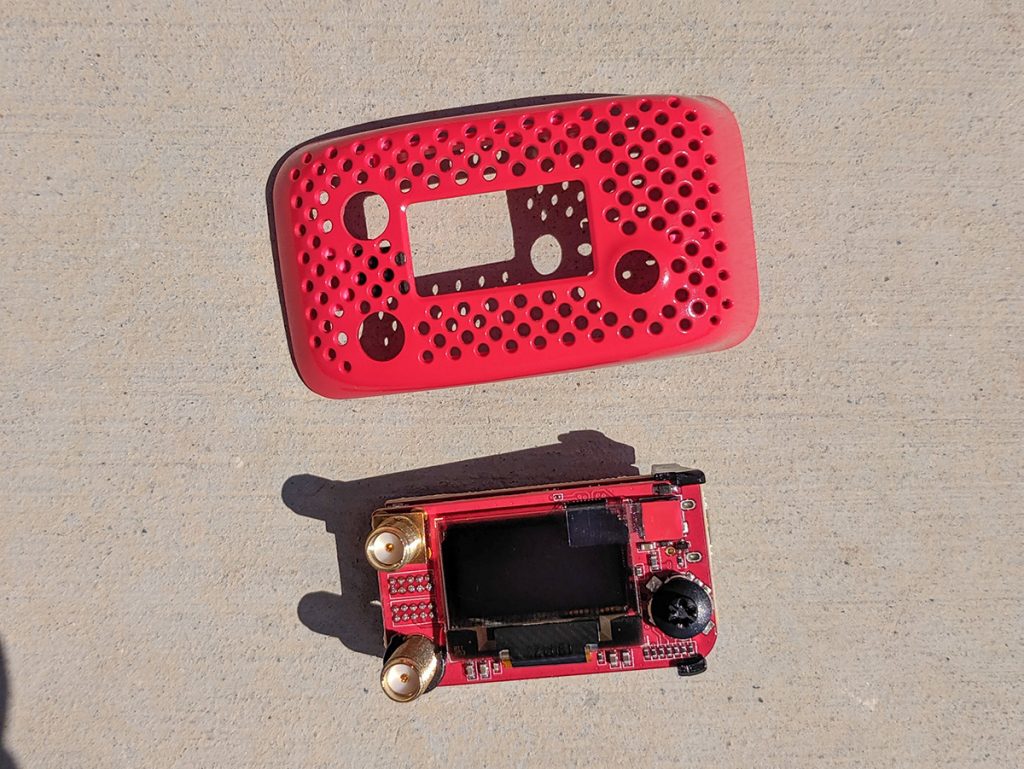 I’ll be posting my full review in the coming weeks after I’ve had ample time to experience the module with varying setups and environments.

After a ton of research on FPV (first person view) video goggles I finally made the decision to go with the Fatshark HDO.  I’m diving into the world of flying FPV quadcopters designed for speed, agility and acrobatics.  This is a departure to the world I’ve been in with large GPS based, auto-leveled quadcopters and hexacopters. 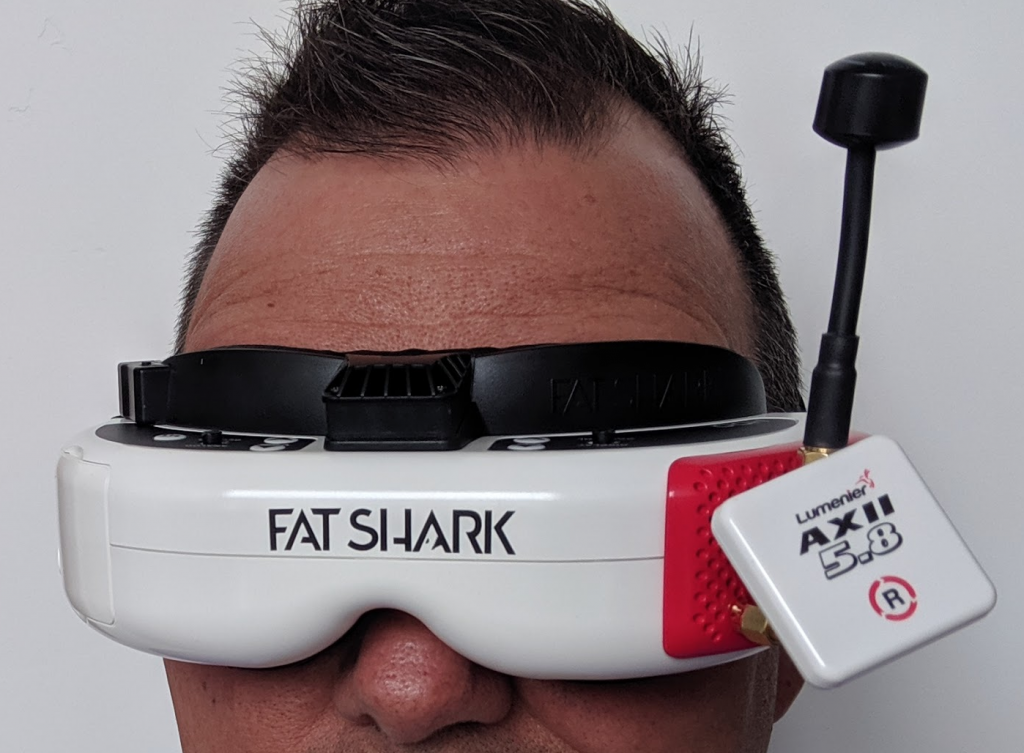 In addition to simply being goggles, they have a built in DVR, cooling fan, rechargeable USB battery, carrying case, and more.

Not In The Box

Not included with these goggles is a receiver. So along with the goggles I chose the Lumenier rapidFIRE diversity module (red part with antennas in photo above). I’ll be reviewing that as well.

I’m in the midst of putting together the best setup and testing.  Stay tuned for the full review soon. 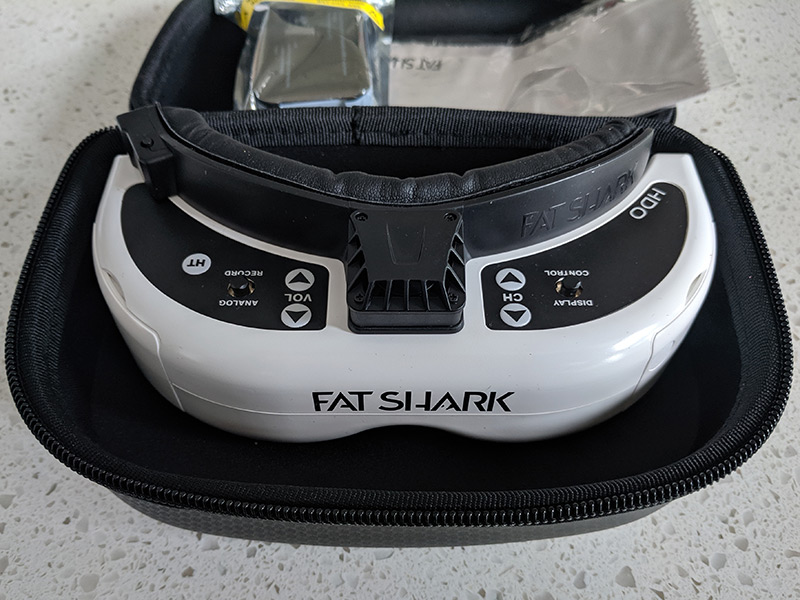