Today while at a golf course doing some video/photos with my DJI Phantom (my small bird), I got careless and will now pay the price for not paying close attention to what I was doing.  On my 3rd flight of the day I had taken off on the 18th tee box and wanted to get the dramatic video of flying over the tee with the tall pines lining each side.  I took my eye off the Phantom for a second and realized I was headed for a tall pine tree.  The front of the bird was pointing the opposite direction than I thought so my move to get away from the tree sent me right into it. 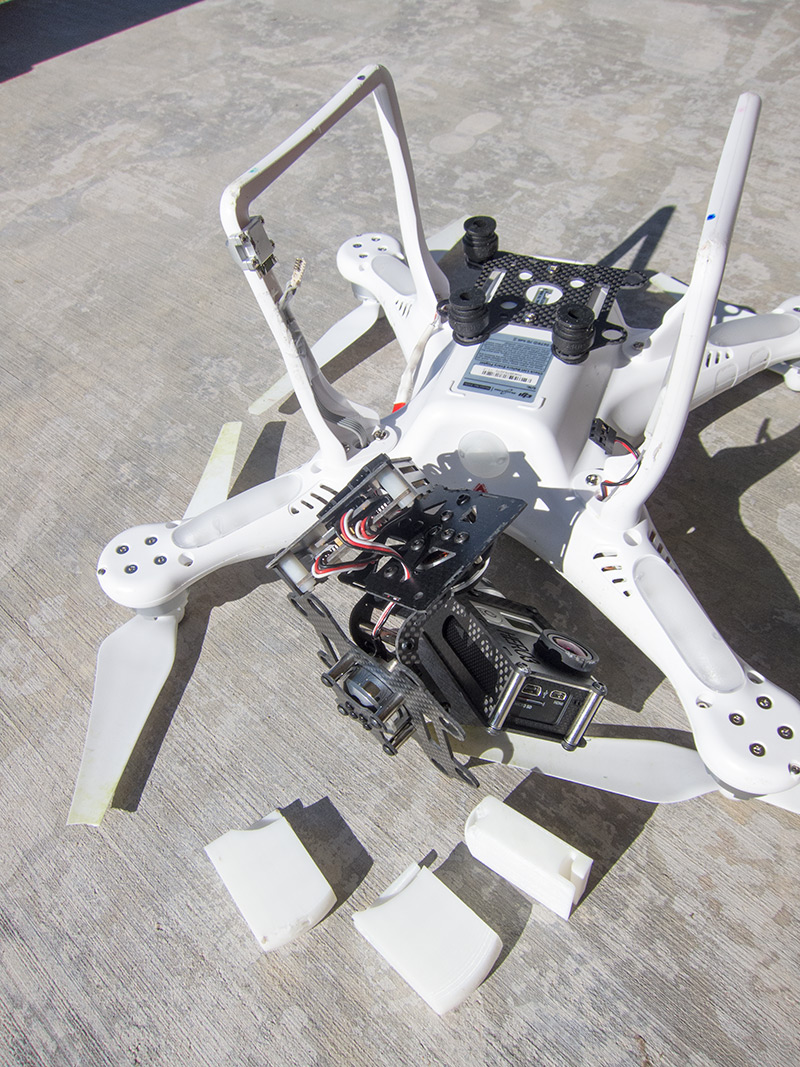 The Phantom hit the tree, then dropped about 30 feet right onto a cart path.  A bit unlucky, because three feet in either direction was grass and perhaps a little less damage.

It landed on the corner of the back left landing gear where the compass is.  It broke three of the four 3D printed landing feet I bought for $40, and broke my $400 gimbal.  Other casualties include the landing gear, compass, and one prop. 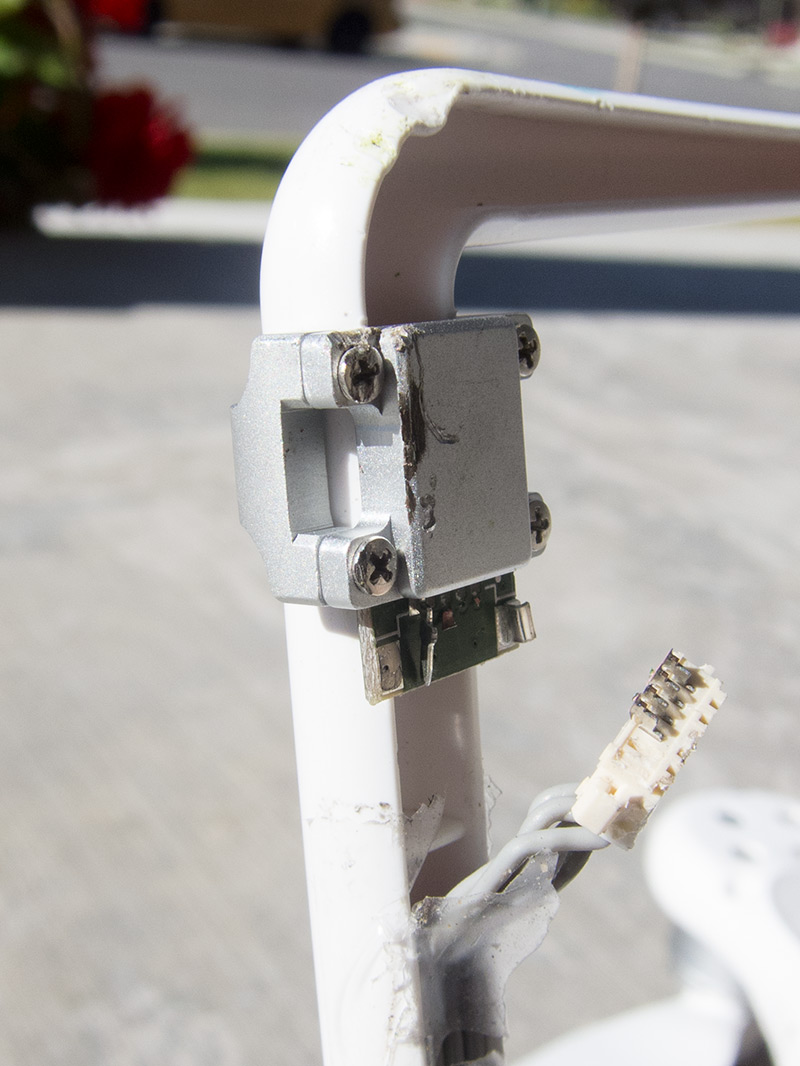 I’m not that mad because the body of the craft seems to be fine.  The 3D landing gear and landing legs (and gimbal I guess) took the brunt of the collision and may have actually prevented total destruction. 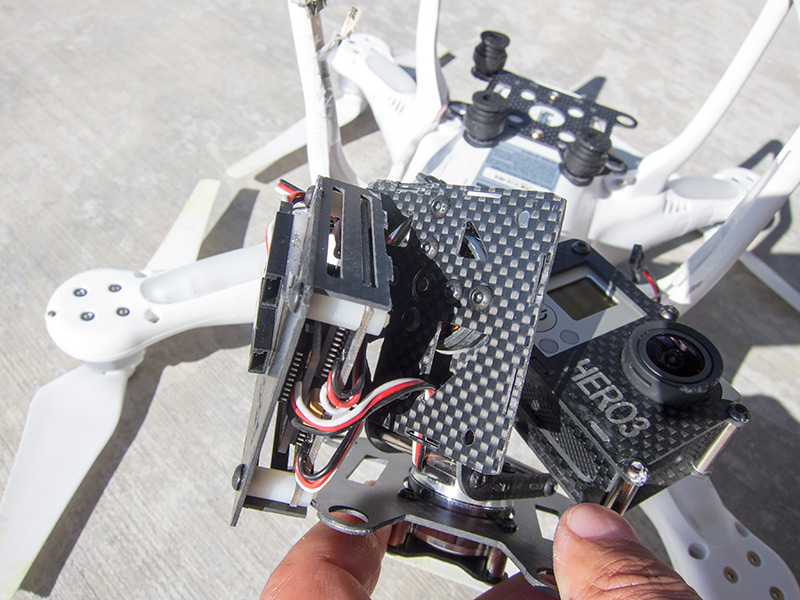 I need to order a new Phantom compass (see photo above).  I already have an extra pair of landing gear though they are for a Phantom 2 or Vision.  The broken parts on the gimbal appear to only be plastic spacers which the front and back panel of the control board attach to.  Just a few cents there.  The GoPro lens has some road rash on the rubber side, but the lens itself seems fine.

The lesson?  Pay close attention to what you are doing around trees.