After a recent road trip which I brought my Phantom and my hexacopter, I found that the Arris CM3000 3-axis camera gimbal on the Phantom became stuck.  The pitch motor would only move about 1/16 of an inch.  Something was blocking it.  I didn’t want to give it too much force for fear of breaking it. 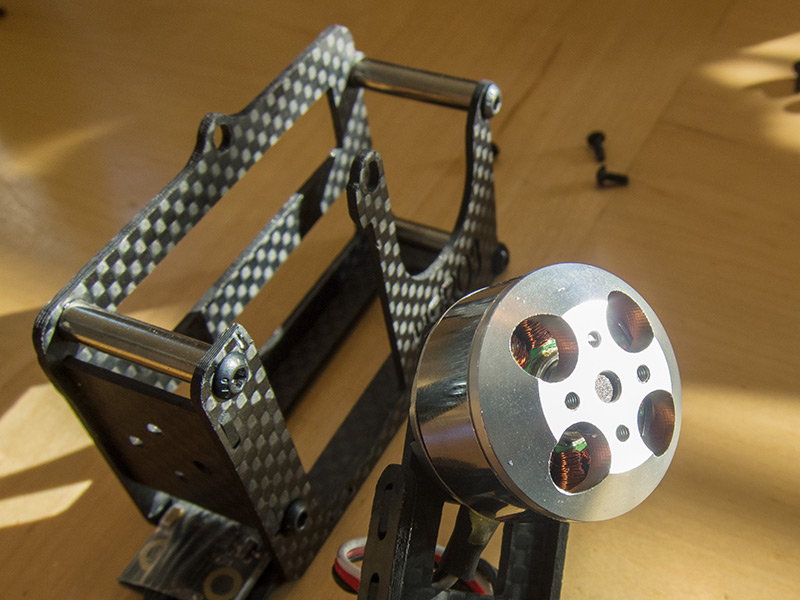 I found a replacement for the motor online for about $18.  But before I ordered one from China and had to wait 17 million weeks for it to arrive, I thought I’d tear apart the broken brushless motor and see if I could fix it.

I’ve never torn apart a brushless motor before.  It was not hard.  I popped the clip on the drive shaft and unscrewed the shaft screw.  Then the outer cover came off with a little force.  It did not want to come out because of how strong the magnets were. 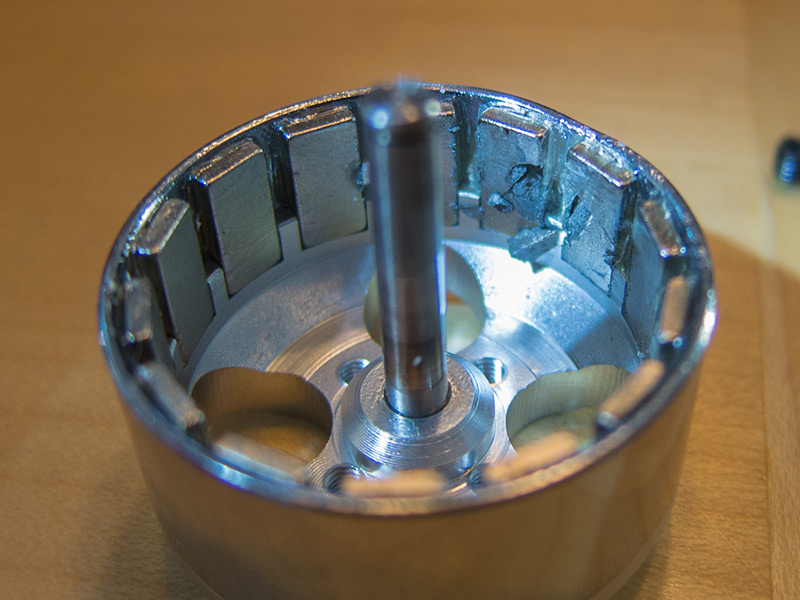 The problem was visibly obvious as soon as I had the cover off.  A couple of the magnets had broken and a piece of them came off, lodging between two other magnets (above).  I’m guessing the magnets were cracked during a Phantom crash, and eventually the piece broke loose.  You can see the loose chunk below: 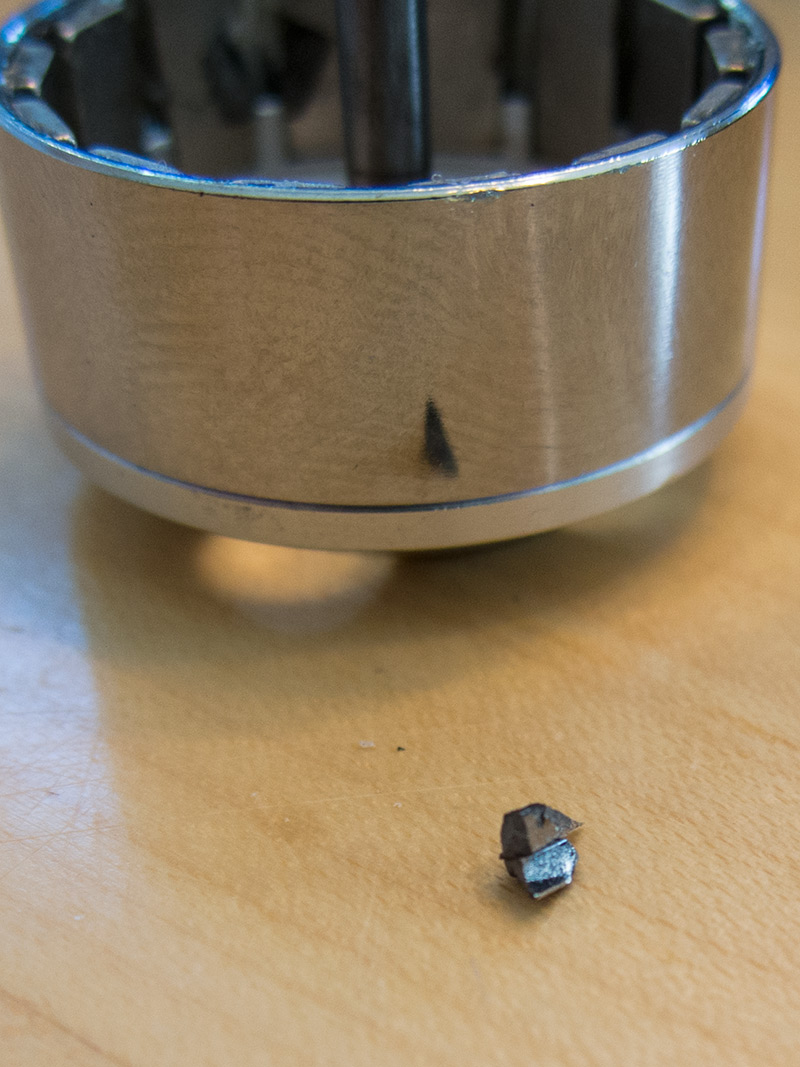 I cleaned out the debris, put it back together and it appears to be working again.  I just hand tested it though.  A real flight test is up next.

Many DJI users are concerned about the “flyaway” problem, where their multirotor craft seems to take on a mind of its own and tries to to fly China, never to be seen again. 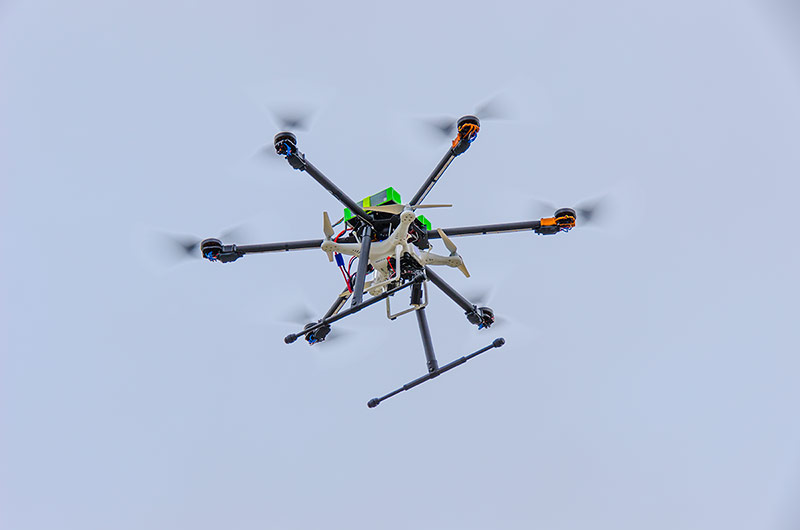 The photo above offers another explanation for the flyaway, or possibly a new kind of flyaway.   In this photo a large hexacopter has captured a DJI Phantom and is flying away with it.

Since October 2013 I’ve been modifying a DJI Phantom quadcopter to try to achieve smooth and high quality aerial video as well as high quality aerial still images.  I believe that I’ve got my Phantom performing the best one could possibly perform, and the video/photos the best I could get out of a GoPro 3 Black.

I found the GoPro to be very limited and the still image quality to really suck.  I also found that despite the custom gains and different propellors, the Phantom gets thrown around in the wind due to its smaller size.  Those factors made me decide I needed a larger and more stable platform so I could carry a larger, higher quality camera than a GoPro. 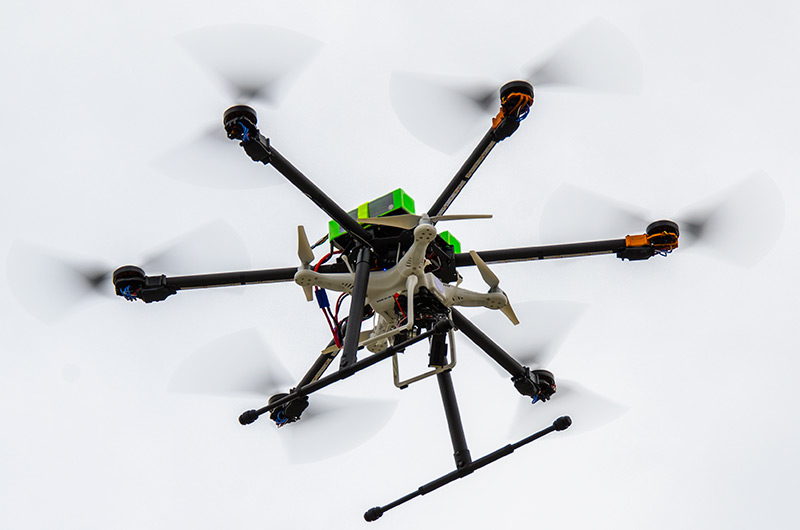 So I built a large hexacopter.  Since then I’ve been doing the same tweaks to the hexa, trying to get all the little bugs worked out and achieve high quality aerial images.  Then it dawned on me that my camera setup alone weighed more than my entire Phantom setup!  Naturally the next step from there was to strap the Phantom to the bottom of the hexacopter as a small demonstration and different perspective.  I used to worry about adding 20 grams to my Phantom for fear that it would fly poorly and I’d reduce my flight times even more.

From the video below, you can tell that 20 grams doesn’t mean too much now.

My new rig is still in the tweaking stage.  During the build of the new rig, I managed to get my Phantom set to my satisfaction, and there are still situations where the bird will come in handy.